Home » About us » Temple History

Shanmugam - it was him who initially started Murugan Hill Temple at Lam San Village. He was a plumber attached to the RAF. He spotted a small divine structure that resembled a shrine of Sri Muneeswaran and related the discovery at a local Staff Union's meeting. Mr. Nagalinggam, the Ex-President of the temple, was also a member then.

In 1962, with the support of villagers and RAF employees, the first pooja was offered to mark the founding of the shrine. A year later, while clearing the surrounding area, a fire that was started spread to neighbouring huts. A report was made by the landowner and all activities centered around the shrine ceased. No prayers were held and it fell into a state of neglect.

One Tuesday at dawn, Mr. Lingam had a dream. An elderly man dressed in white, knocked at his door and uttered "Go and light up the shrine and offer prayers as usual. It will be good for you". Thus came the rebirth of the temple. Mr. Lingam, with his friend, Mr. Pappaiya Naidu, and the villagers, began to offer prayers once again. In 1969, with the help of MP Mr. Tang See Chin, the temple was given a temporary permit. A remarkabel transformation was about to take place.

Yet another fire broke out and burnt out the hut. Again, Mr. Lingam had a dream, in which a "reddish man" prompted him to rejuvenate the place with the installation of another deity. An enginner from the HDB was reluctant to allow any change to the present situation until further notice. However, some time later, he changed his mind. What had brought about this change of heart? In their hearts the devotees know, and they thanked the Lord.

What was a shrine dedicated to Sri Muneeswaran soon became an abode for Murugan. It was also the urging of the priest from the Sri Maha Mariamman Temple in Johore (Malaysia) that this change was undertaken.

On 21st February 1973, the temple was given a temporary license for an area of 2000 sq. feet on lot 106. The temple was officially registered a month later as "Murugan Hill Temple" of 9V, Sungei Tengah Road, 12 1/2 miles off Chua Chu Kang. Among Hindus, it was called Murugan Thirukkundram. Panguni Uthiram saw thousands of devotees trudging up the hill to seek blessings. In 1974, Mr. Pappaiya Naidu, the committee president, was transferred to Changi RAF, and in due course, Mr. Lingam took over the helm.

Things went smoothly until 1983, when urbanisation caught up with the Chua Chu Kang area. The temple site was acquired by the Parks and Recreation Board. While architect - Mr. Kang Auh Chew - had already been appointed, permission was slow in coming for the development of the temple. Numerous appeals were made to the Board, the Land Office, HDB, and MPs. For two years, uncertainty ruled. Finally, an answer: "No. Prepare to vacate Lot 106." The hunt for an alternative site began.

First, the temple was to be situated next to a Buddhist temple near the Chua Chu Kang MRT station. The Land Office rescinded its decision two weeks later. Then, it was to be in Terrace Estate. The location was hardly desirable: it was next to a sewage treatment facility. But it was soon discovered that it was privately owned and the chances of getting that lot was slim. It was the Lord's way of testing the committee's faith. Then, in 1991, the last choice was given. The present location at 16km, Upper Bukit Timah Road, was bought at a cost of 5,273. Another .5 million was needed and Mr. Kang continued to be the architect. Chye Hiap Construction graciously agreed to monthly payments of ,000.

In 1992, the temple moved from its rustic surroundings. Since then, it has been an uphill endeavour. Funds were always "just nice" or "just in time". Appeals after appeals were made to the public and well wishers. Mr. Nagalinggam, as President, made untold sacrifces. Mr Kang the architect, now a friend of 20 years, helped in numerous ways. In May 1993, a "Balastapanam" (a mini consecration ceremony) was held. On Tuesdays and Fridays, about 100 to 200 devotees frequent the temple and they made whatever contributions the could. In 1994, piling works began. The old committee threw up its hands and a new one had to be formed. But through it all, the Divine has been with the key members of the committee.

The new temple has an unique structure, quite unlike any other temple in Singapore:

There is a basement doubling up as a wedding hall while the upper floor contains the temple proper. A small pond will also be constructed in front of the temple. There are three sanctums: for Murugan, Vinayagar and Siva-Shakti. Other deities are: Durga, Muneeswaran, Mariamman, Periyachi, Lakshmi-Narayanan, Nagar, Bairavar, Idumban, Muniandy, and The Navagrahas. There is even the Chinese Deity Kuan Im.

The temple went through dramatic changes since 1962. In 1998 January, the temple was consecrated and the Divine Lord took His place upon this Murugan Hill Temple. 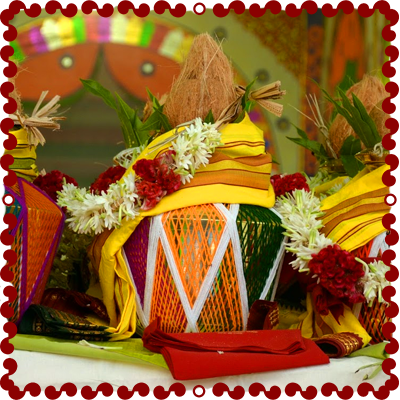